Two hundred and ninety-seven! That’s how many of you competed in one of our three Online Continental Championships. We are overjoyed at how well received these competitions were, and are now all the more excited about the upcoming World Championship.

But that’s not until October, and our next high-stakes competition is Saturday, August 8. Your Continental Champions - Whiteblade111, ChrisFerg, and Syd7 - alongside 21 other fierce competitors, will participate in NISEI’s first Intercontinental Championship.

Normally, any tournament of this size would start with four rounds of Swiss, followed by a cut to top four. However, these players have already proven they are ‘top cut material’, so we will employ a special format that cuts right to the chase: Survival Swiss (a triple elimination Swiss style competition).

And what exclusive Intercontinental prizes are they playing for? 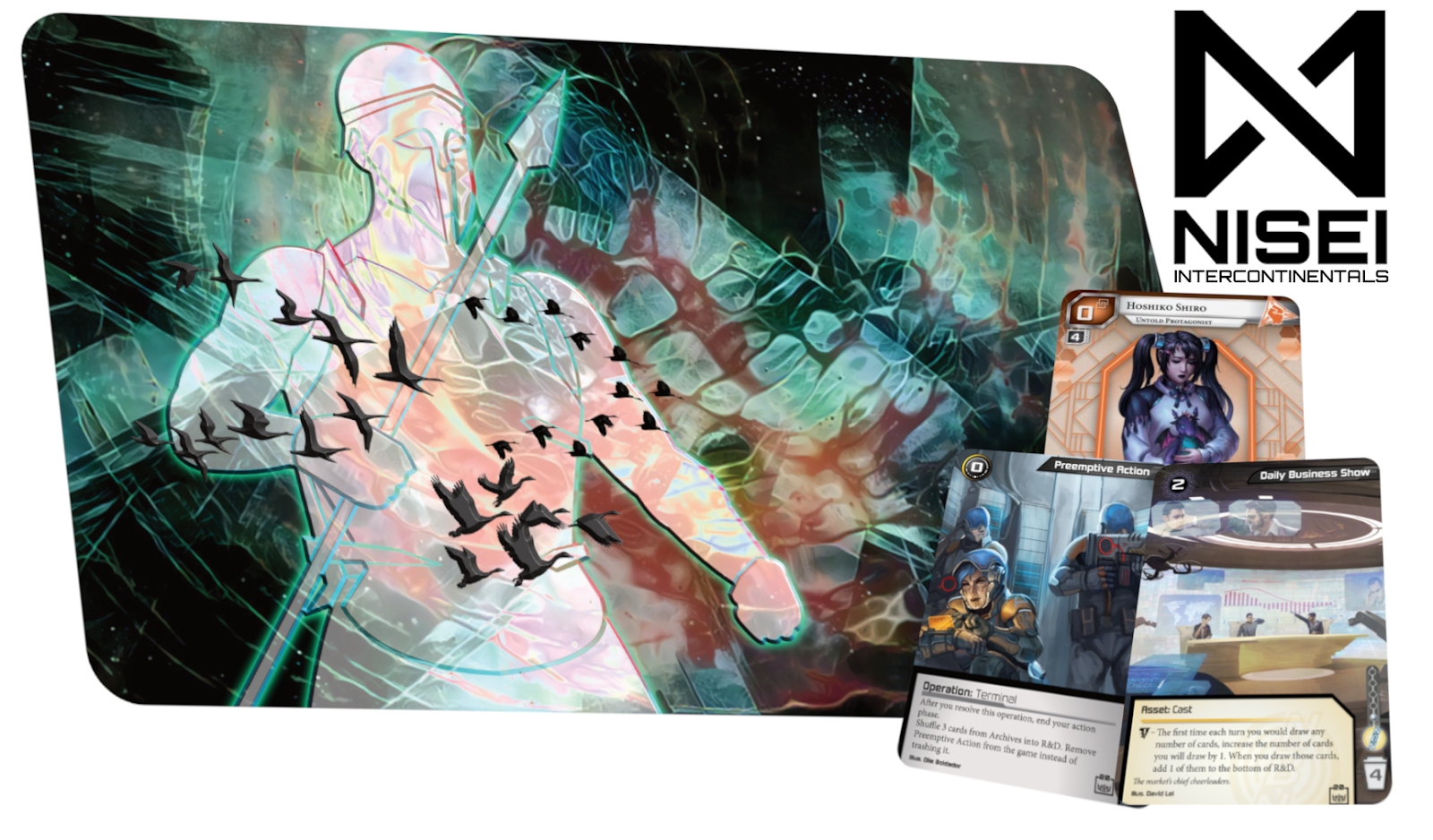 *Daily Business Show’s alt art features an errata from the upcoming Comprehensive Rules 1.5 update. As this card’s errata was already complete, we are able to offer  it with its new text ahead of time. The previously printed text for Daily Business show will remain in effect until CR 1.5 is released.

All players will be receiving playsets of the card prizes, but only the top eight will receive the playmat.

The tournament begins Saturday, August 8 at 11:00 UTC, and will be streamed on the official NISEI Twitch channel. Stay tuned to the stream, as we will be giving away sets of the exclusive Intercontinentals card prizes to viewers via raffle.