Hi, Runners! RC here again, this time with a retrospective from various community legends, and a few people from NISEI, on how Netrunner was for them in 2018. In alphabetical order by community name, because occasionally I like some sensible structure to my articles...

Despite the sad news we got about Netrunner from FFG this year, it's been full of positives for me personally. After moving at the start of the year into a town with no organised Netrunner, I've seen our meta grow from just one person to a well-attended weekly meetup and regular GNKs with people travelling from other towns and cities to visit us and play. We’ve just ordered a Store Championship Kit for the new year and have big plans for 2019 to further grow our prize support! It's also been a year of travelling for me to play Netrunner. I've clocked up over 18,000 miles in total - 7,000 of which was just in the UK! This includes playing in Nats on multiple continents, my first Euros, regionals, store champs and even a day trip to Preston, which was a 500 mile round trip! Just don't ask about my winrate for the year, ok? :wink:

If you don't mind, mine will be in the form of a song, sung to the tune of jingle bells:

Dashing through R&D,
On a fully charged Aumakua,
Over HQ we go,
Breaking all the ice

:alarm: bells start to ring
Making an Archives run,
Oh what fun it is to ask for actions
Before landing Apoc. Hey!

A lot happened early 2018 that stopped me going to many store champs, and the one I did make my decks fell apart in the last round knocking me from 1st to 5th spot. (4 round swiss no cut). I took this quite hard.

Then news of the cancelation came and I cried, I didn't want the game that I'd met some of my best friends to end, I didn't want my return to competitive netrunner to be that 1 store champs in 2018.

But I steeled myself, and managed to find funds to go to a regionals, and I did something I'd never quite managed to do before. I won a regionals throphy, the final of that being one of the greatest games I'd ever played. Val vs Outfit and Akira accessing about 40 cards before she found the last agenda.

Then I returned to UK nationals, this time on the other side of the curtain, as a runner not as an organiser, and despite a shaky start where a good friend of mine - the EU champion swept me in round 2, I managed to claw my way into top 32, something I was really proud of.

What's next for me? I'm going to keep doing what people in the UK know me for, running events, and letting this game take over my life.

My favourite part of 2018 was getting to see a card that I designed come out into the wild - while the circumstances of its birth were a bit turbulent, I hope everyone has an opportunity to play with it and hopefully have as much fun with it as I do. The conclusion of our four year old podcast was bittersweet too, but the support we received for just wanting to put our opinions out into the world was amazing.

Netrunner in 2018 gave me hope for the future, not just for the game but for the family we’ve built. We know how to take care of each other and make it happen. Magnum Opus was our launch party.

Netrunner in 2018 was bittersweet for me. I'm very proud of the work I was able to do streaming Worlds, and am still humbled and thankful for the support the community poured out. I'm sad we couldn't see more of where Boggs would take the game, but I'm optimistic for where NISEI goes.

Unfortunately, not every Netrunner memory this year was a happy one. Most players in the UK scene knew Ciara Maxey and it was devastating to hear that, just a few days after her success at UK Nationals in August, Ciara took her own life. Netrunner had been a huge part of Ciara's life and those of us close to her knew how much value she placed in excelling at the game, so it seemed only fitting to organise a memorial tournament for her. This was held at her local game store in Norwich, with Ciara's mother and younger brother, Jude, joining the tournament. Jude going as far as winning top prize on the day, which is probably the most fitting outcome one could have hoped for.

There were spectacular community memorial efforts also, with Ciara's Aggretsuko-themed SportsMetal alt being completed and distributed at Worlds and Charity Gift events and a fundraiser in her honour established to fund youth gender identity support charity Mermaids UK raising over £5000.

As I'm sure others will mention as well; 2018 was truly a rollercoaster of a year. It was the year when we got the big bad message from FFG, but also the year where we saw some of our largest events ever, an astounding level of output by the artist/makers within the community and of course the rise of Nisei. On a personal note I'm pretty sure 2018 will remain marked in my memory for a long time, as the news made me determined to make the most of my time in the game whilst riding into the sunset. Moments that I'll look back include the amazing time judging Euros 2018 and once again meeting Netrunners from all over the continent, the thrill ride that organizing LaserRunner was and all the little moments of discovery at the lasercutter.

2018 has been a rollercoaster of a year for me - my performance started out terribly, then I missed two regionals because my sister greedily decided to have two weddings… but then I got to attend Magnum Opus and meet lots of you fine people and I finished the year with 9th place at Charity Gift, which is my best ever tournament result. I am ignoring the fact that I had a first round bye and most people had to play with below-par IDs, instead focusing on the single-digit position in a crowd of 50+ people :D

2018 was superlative in that it was my best year of engaging with, and benefiting from, the broader Netrunner community. I got to interact more with some of the incredible people who do fan-made art for Netrunner, and was so pleased to find that community of artists. I was lucky to have the chance to judge at Worlds, which was something I’ve wanted to do since first attending the event in 2016. And while the judge calls I goofed up will haunt me long past they are forgotten by anyone else, judging and being surrounded by a bunch of lovely people was everything I hoped it would be. Lastly, 2018 was big in that I took over running the Stimhack Online Cache Refresh tournament, and SOCR8 is wrapping up nicely. As far as games of Netrunner go, I never advanced an Improved Protein Source thanks to the third routine of Slot Machine in 2018, so it was also a productive year in that respect.

Netrunner in 2018 had about as many highs and lows as I could’ve experienced. FFG announced the end, yet Worlds was better than ever as a result. When your entire hotel room makes the T16 and also wins (Hail King Joe), that’s fun and rewarding. Seeing so many great people at events this past year made it one of the best in the game for me. KOS was the largest yet, and the quantity/quality of hard working folk toiling away at NISEI warms this grinch’s shriveled heart. 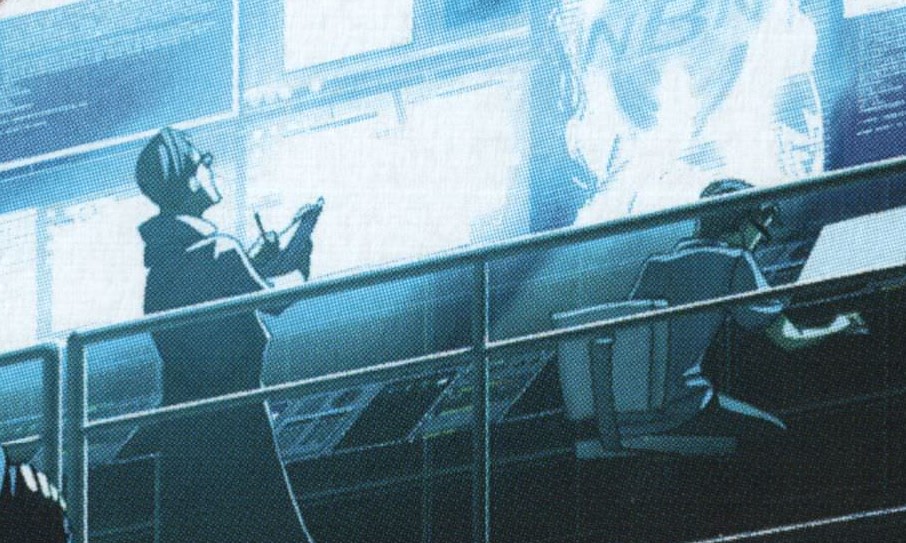 Have we missed someone critical to your local meta? Give us a shout! I intend to do one of these articles every year, so let’s make sure they’re on my list for next time. And let us know how 2018 went for you in the comments :)

Tomorrow we have the final article of the year, and the first in the Regular Monday slot - where we’ll be taking a look at the last 5 months, and letting you know how we’re going to improve on our work next year!