Downfall is here, and the world has changed.

“Have you all heard,” Murni says, putting a hand to her mouth to suppress her giggle, “what Lat did on his first day with Azmari?”

Lat covers his eyes and groans.

Piak makes a show of wiping curry from his mouth with his napkin before settling into his chair with an expectant grin.

“Mind you,” Murni says, wagging a finger at the assembled crowd. “This is ten minutes into orientation, okay? All us rookies are being walked into the main atrium, and you know lah, these overseas megacorps, they really put a lot into their first impressions. So there’s this huge statue in the front – got waterfall and all – of these three ibexes… ibises? What’s the plural of ibex?”

“Thanks. So there’s three massive ibex in the front room, looking all regal and serene, right, want to give visitors the right impression. And the vice president is going ‘bla bla bla welcome to Azmari bla bla together we can change the future of education my door is always open do you have any questions?’”

“What did he say?” Piak says, a half-groan already in his throat.

Struggling to talk over her giggling Murni says, “He… he points at the ibexes, and says… ‘Aren’t those endangered?’”

“They are, What?” Lat protests as the table erupts. “Critically!”

“Oh!” Piak slaps his thigh. “Yes, are they running out of statue-grade bronze in the Sub-Sahara?”

“That’s not even the worst part.” Murni says. “Everyone’s now staring at him, right, and the VP has this look on her face like she’s ready to fire him and he says…” She doubles over, unable to finish.

Lat sighs. “‘I was just wondering if they were Nubian or Walia’ – LOOK, MY EYEPIECE WAS FEEDING ME THE WIKI ARTICLE!”

It’s no use. Everyone at the table is laughing too hard to even hear his protestations. Half the crowd in the mamak is looking at them, some in irritation as they’re undoubtedly drowning out the commentary from the World Cup game on the holoscreen.

Piak backhands him on the shoulder. “Walau, how come you didn’t get fired?”

“I have zero idea,” Lat says, laughing despite himself.

“Everyone called him Mr. Ibex for a few weeks,” Murni says to peals of additional mirth. “But it turns out he was actually really good, so after a while the VP dropped the whole thing.”

“Saved by your actual competence,” Nam says, raising his bottle. “I’ll drink to that.”

“Another round?” Fiona says, looking over their shoulder for the waiter.

Lat raises his hand. “No need. I got something special from home.”

The table gasps in unison. “Tuak!”

“Ya! It’s in the car,” Lat says. “But if you all keep telling embarrassing stories about me I’m not sharing.” 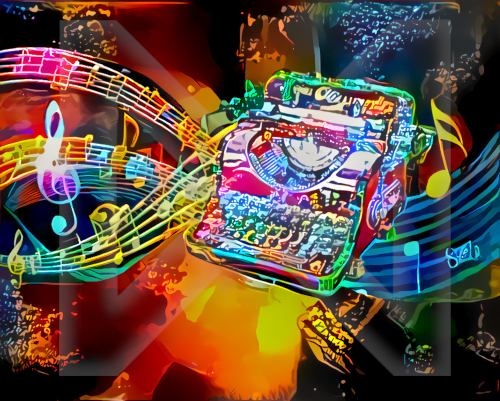 The chorus of feigned protestations follows him out of the eatery and onto the street where his car waits a mere two hundred meters away. The air is warm and humid, typical for November, and the skyscrapers clash and overlap as he looks up at the Kuala Lumpur skyline. Soon he muses, there won’t be any mamaks left – then where would he get garlic cheese naan? There’s no good Indian food back in Sarawak, that’s for sure.

A woman sitting on the corner of the five-foot way gestures a plastic cup at him. His pockets reveal no coins, so he hands her one of his smaller credsticks and she smiles. He’s less then five kilometers from the heart of the capital, a thousand condominium units between there and here, and still people have nowhere to live.

Such thoughts consume him until he returns to the mamak, tuak bottle and glasses in hand. Absently he begins to pour for everyone.

“Anyway,” Fiona brushes the hair back from their eyes. “The place I work for now is looking for code monkeys, and they pay super well, so I told them I’d ask you all if you wanted an interview.”

“What’s the sector?” Lat says, gesturing for his friends to take their glasses. He lifts his and they all reciprocate, Murni lifting her teh tarik in solidarity, all looking to him to proclaim the toast. “Er,” briefly blanking, he settles on “To friendship, lah.”

“Can’t believe it’s been 20 years since high school,” Piak says after downing the first shot. “Sorry, secondary school,” he says after catching Murni’s glance – she detested New Angelisms. “How many times have I seen all your faces in the last 10 years?”

“About as many times as I’ve had tuak this good,” Nam says, slowly sipping the rice wine.

“Anyway,” Fiona resumes as Lat refills everyone. “Our firm’s been subcontracted to write security for a new very-hush-hush project.”

“Subcontracted?” Lat asks, as his eyepiece immediately begins to pull up likely candidates. “By who, YTL?”

“This one you better not ask,” Fiona says, the sentence ending with a half-chuckle.

“That’s code for ‘you’re not gonna like the answer’,” Nam says, gently nudging Lat in the elbow.

No one speaks for a few seconds. “You’re working for Weyland?” Lat says.

“Our parent company is locally owned--” Fiona begins, but everyone’s grips on their glasses are now just very slightly too casual. Sighing, they finish with, “Okay, fine, but I had to take the position, alright? Not all of us have the luxury of buying out our own multi-year contracts on principle alone.”

Murni’s eyes dart quickly from Fiona to Lat, but he keeps his face straight.

Fiona relaxes, and for a moment Lat does feel bad. They’d had an amazing gig over in New Angeles until the Beanstalk disaster forced budget cuts, and none of her grandparents were getting younger.

“What did you expect - his parents met at a timber protest kan? It’s in his blood,” jokes Nam.

“Anyway, what’s wrong with Weyland, huh?” Fiona begins, their cheeks noticeably red from either indignance, tuak, or both. “They build infrastructure. They create jobs-”

“That’s not all they create.”

“Lat, sudah. Drop it.” Murni says, quietly, but he hears her. Fiona didn’t though, so she barrels onward.

“I mean, I’m proud of you for sticking to your values. No, seriously,” they say, holding up a finger. “I mean it. But times are hard for everyone.”

Lat thinks of the woman with the plastic cup and the vacant condo units, but says nothing. Fiona continues. “I mean, and I say this as a friend, okay – no offense intended – but Lianna isn’t going to wait around forever for you to propose lah. People move on. I mean, I had to choose between here and Pilar,” Fiona’s voice hitches, just enough for Lat to notice. “And it sucked. But I had to choose.”

Fiona slumps back in her chair, holding their glass close to her collarbone. “Sorry,” she says, looking Lat in the eye. “I’m just saying you might have to start making some hard choices too.”

The silence that falls on the table then is natural, but still mildly uncomfortable. Someone scores an incredible goal, and the mamak erupts into screams of excitement. “Refills?” Lat says, picking up the bottle. 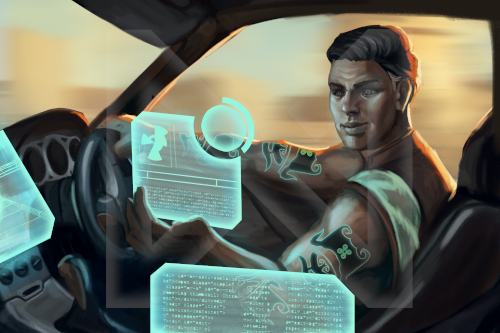 The night was cooling as it raced towards morning, and by the time they dispersed the tuak was long gone from his system. The walk to the car was longer than it had been the first time – the woman with the cup wasn’t there any more – and Lat continued to chew on his thoughts. A new hush-hush project…

He blipped open his car and, not for the first time since he bought it, felt a pang of guilt at how nice it was. It wasn’t even a hopper – he’d paid premium for a ground-based solar. Infinite range, without being chained to recharge pads.

He put his eyepiece onto its dock, hooking it directly into his car’s rig. Now running on a couple petaflops of power, the attack time lowered considerably as he raced past a couple of easily-dispatched barriers. He felt bad about hacking into Fiona’s new employers, but hard choices did have to be made.

Mutiara-Azul was locally owned, yes, but several dozen shell corps up, he found a registration under HexaSEA, the Singaporean construction conglomerate. Okay, so security software for a Weyland Consortium construction project? What kind of construction project needed to covertly hire security subcontractors? They had a continent’s worth of white hats to write code for them. The only reason was for plausible deniability. But from what?

His search terminated. Megacorp grade ICE guarding HexaSEA servers. He ran a traceroute – the hardware were in a farm out near Taman Damansara in Johor, at the border with Singapore.

Johor? Lat switched on the car. Sure. He hadn’t been there in a while. 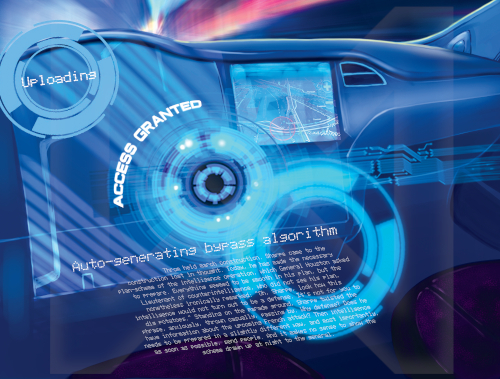