A-hoy-hoy, Runners! So, bit of a switcharound from what was originally planned… the 5 Year Plan article will instead be dropping later this month as we adjust it to take on board some suggested upgrades. Instead, I am pleased to announce that in response to much demand we have finally finished work on our Patreon! Now I’m sure you have many questions, which I will attempt to anticipate and answer below.

First though, I’d like that thank all the people who have already chosen to support us, either during the soft launch last week or just now without even finishing the article…

We need some funds to pay for our costs, and people keep saying they’d love to contribute so here we are.

Basically, it’s working capital to take everything we do to a higher level than we’d be able to otherwise - commissioning art for cards, hiring bigger venues for events such as World or Continental Championships, producing prize support, covering fixed costs like web hosting, etc.

While a Kickstarter would work for some aspects, it wouldn’t for all of them - and it would add some unnecessary complications to our planned distribution model for new cards. It is also a more consistent income for us, which lets us plan expenditure more effectively.

It’s something we’ve “borrowed” from another Patreon that we’ve seen and it looks like a fun idea.

Well that isn’t a question in itself, but pop it in the comments and I’ll get you an answer… ;-) 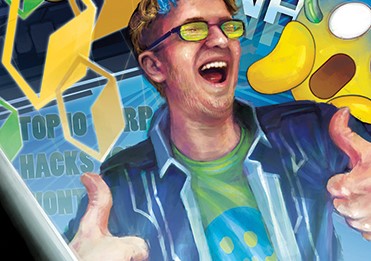 Well, hopefully that cleared up some things for you - don’t forget that Patreon charges you on the first day of the month rather than when you actually sign up.

Before I wrap up, a quick message from our Creative Director...

We’re looking for a new graphic designer to add to our team of volunteers. With the upcoming Ashes cycle, you'll get to work firsthand in bringing the community the first set of new cards after the official ETR!

A great candidate should have drawing/sketching experience, basic experience with Photoshop and/or Illustrator, a good eye for composition, and the time and passion to continue this game that we all love. A lot of the current workload will involve using the DeepDream software, so any experience there is a plus!

If this sounds like something you might be interested in, send an email along with some examples of your work to projectnisei@gmail.com with the subject 'Graphic Design'!

We’re also still looking for more translators… if you speak multiple languages and are able to volunteer some time for this, we would love to hear from you via this form and we’re always going to be on the hunt for playtesters, if that’s your jam then fill in this survey and we’ll be in touch with you soon.

I’ll be back next week as usual, same NISEI time, same NISEI (social media) channels so until then…