My dear Runners... it’s a time of change in NISEI Plaza, as we’re announcing the departure of a NISEI team member and new opportunities for volunteers to join our ranks, as well as updating you on the results of our last round of recruitment.

To our great sadness, Morgan "Anzekay" White will be leaving us here at NISEI. Morgan has served as our Associate Designer and Playtest Coordinator since last 2018, overseeing our horde of playtesters and nailing down final numbers for cards. We’re so grateful for their contributions, and wish them the absolute best with their current and future endeavours.

While we are sad to see Morgan go, their departure has opened up positions within the Development team. We are excited to announce that we are now accepting applications for the following Development positions:

The Associate Developer assists in the card development process as a member of the Development team. This will include working together on early prototypes with the Design team, reviewing playtest feedback and data, and continually refining and iterating throughout the playtest process. We are looking for the following qualities in applicants:

To apply, complete this form.

The Playtest Coordinator manages a large amount of raw data and detailed feedback from the playtest team and presents it to the Development team concisely and clearly. Additionally, playtest coordination involves leading forum discussions and moderating communication channels for the playtest network. We are looking for the following qualities in applicants:

To apply, complete this form.

Applications will be open until midnight (GMT) of the 23rd of February, if you know anyone suitable who would be interested in joining the NISEI family please encourage them to apply! 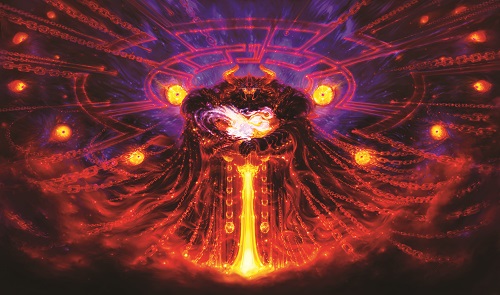 With the sad part over, on to the happy bit!

Three months ago, we opened applications for several new positions - the hiring process is now complete, and we are pleased to welcome nine new members to the NISEI team! The hires are primarily in three categories: general-purpose, MWL committee, and web development. Let’s meet them!

Hi there! I played Netrunner here and there around Data & Destiny through to the corporate end of Netrunner a year and a half or so ago, and recently picked the game up again after US Nationals. I've worked professionally as a game designer for nearly five years, first as the lead designer of "Duelyst" and most recently as a game designer on "MediEvil" for the PS4. When I saw NISEI was looking for a new lead designer, I thought to myself "Who would ever pass up on the opportunity to work on the greatest game of all time?" and so, here I am. When I'm not designing Netrunner (or designing other games) I spend my time cuddling my doggos, roller skating, and playing poker.

Catch me around the 'net as "Joseki" and say hello! I'm looking forward to working with NISEI to make Netrunner the best it can be.

Josh is a professional accountant who ran the best Canadian Nationals that occurred in 2019. They are excited to join the NISEI team and whip the finances into some sort of shape resembling organized.

It's a real privilege to join this team. I came to the game in 2015, when my interests in board games and cyberpunk collided and I bought my first Core Set, though it wasn't until a couple years later that I actually sat down to play. Clearly, it hooked me, because here I am! I'm jacking in as NISEI's new Media Pipeline Coordinator, helping the team streamline our article-writing process and providing an extra guiding hand to our communications.

In meatspace, I live in the lush Willamette Valley in Oregon, USA. I'm a mental health professional by day and an amateur mixologist, cat dad, home server administrator, fountain pen enthusiast, and occasional blogger by night. I look like a Shaper, but I'm an Anarch at heart who cares about freedom, connection, and making a better world for one another--so I'm excited to give back to this amazing game and its community.

Hello, fellow Netrunners! You might know me as pspacekitten, Mar from Barcelona, or--if we met at Worlds--probably as the birthday girl. I started playing the game around four years ago, and--as I'm sure a lot of you can relate--it's been one of the best decisions I've made in my life. I'm honoured to have been chosen to be part of the NISEI Organised Play team and I hope I can be an asset (see what I did there?) for things to come.

The MWL Committee are in charge of ensuring that the game stays fun, exciting, and competitive. They work with our playtesters, as well as with Design and Development, to identify problematic decks, and defang them by banning or restricting cards that enable them. We recruited three lovely folks to help out. The two below are joined by Laury “CaKnuckleguy” Plant, who needs no introduction, being already a member of NISEI’s EDIT team.

I've been around the game since shortly after the end of ONR, so this isn't my first time sticking with a "dead game". I had no idea FFG was rebooting Netrunner until a year or so after I moved to Minneapolis, and it was quite a surprise to find out that 1) my favorite game was coming back, and 2) the company making it was 15 minutes from my house! I became a regular at FFG ANR nights, and then later at the former Mead Hall in Minneapolis. I started doing some analysis of the game and writing about it on Stimhack around the time a small group of people began working on a deck that would later become known as Prepaid Kate. That was what got me into the competitive scene, and I've been hooked on it ever since.

When I saw that NISEI were recruiting for the MWL committee, it seemed like a good opportunity to try and do my part to keep the game healthy and vibrant. The MWL is an important part of shaping the competitive scene, and the effects often flow out to kitchen tables as well. Netrunner has given me a lot over the ~20 years I've been playing, so I'm happy to be able to finally give something back.

Hello, I'm Guy and I've been playing the game since roughly Creation and Control, only really joining the Netrunner community around the Lunar cycle when I went along to my first session and was promptly Vamped into the ground, put in Lamprey Lock, and Keyholed a babillion times. I'm glad I stuck with the game though as it’s given me a lot of fun stories, and I've got to know a lot of wonderful people. I have been pleased to be offered the chance to contribute to the game by being part of the MWL committee; please excuse me butting into conversations and asking questions lots when I do it even more in the future.

Hi, I’m Dan, a recent recruit to the Web Development team. I’m a Systems Engineer by day, and spend most of my time wrangling servers and automating the boring bits of developer’s jobs, so hopefully I can bring some of that good stuff into NISEI and help make the team’s lives easier and more productive! I started playing Netrunner just after Order and Chaos, and perhaps as a consequence have a soft spot for Anarch and Weyland. HECK THE SYSTEM, but also the system is very good and our Dedicated Response Team is en route.

Hello, I'm Efren! :smile: I am a life-long game enthusiast, and I am into theme, stories, and sci-fi: so of course I love Netrunner! I do graphic design, web development and info communication in general, and I do Weyland and like the Anarch style (I dislike the orange on the cards though...). I feel honored to be part of NISEI and to be able to help continue the amazing work the team has done so far! ^_^

Hi everyone! I'm Simon. Some may know me as the organiser for Liverpool meets and events. I did a little programming at university and while that isn't the primary focus for my current job, I felt like I could bring some of those old skills into the new decade, which is why I went for the role. I'm hoping to make myself useful to the team, whether that's actually diving into the development work itself or staring at a problem long enough that it fixes itself (it happens at work after all!)

Hey! I'm Tyler. I like to dabble in lots of things (writing, cycling, music), but for NISEI I'll be slinging code. I'd guess that I'm the most casual Netrunner player in this group with my sporadic two-person meta, but I absolutely love the game! Right now I'm into Jinteki and Criminal, and I'm also re-discovering trick-taking card games. I'm thrilled to be on this team, and I'm excited to help make some cool stuff for you all!

I'm Maël, I'm based in Brussels where I helped relaunch the local community after it essentially died down around the Mumbad cycle. I've been around since the beginning and I still very much enjoy the game and the community. My day-job is as a front-end developer so I guess I'll be giving a hand with that in NISEI. 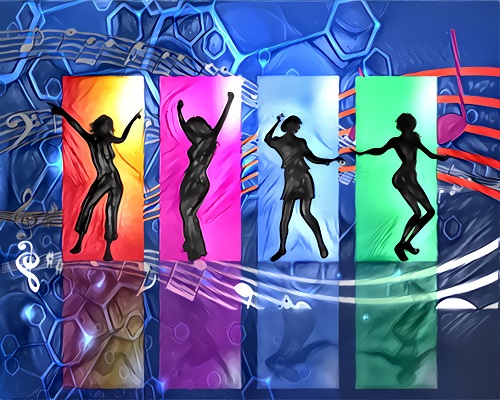 The other two positions we were recruiting for--Art Coordinator and Graphic Design Coordinator--have been filled internally, by Duncan Majoribanks (Krembler) and Kevin Tame respectively.

Thank you to all the people who applied. We had some very tough decisions thanks to the outstanding passion and talent in this community, and I hope you'll all join me in congratulating everyone above on their successful application.